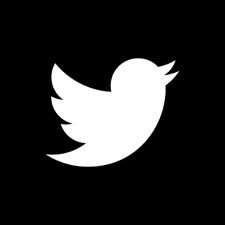 Twitter opened today at $49 a share this morning on the NYSE. While it still holds true that 60% of IPO’s are overvalued, the betting man in me hopes that Twitter is in the 40%. The rational side thinks that $49 is a long way to fall and hope to short soon. Why do I think that you ask? Here are three reasons:

In the short-term, not a good buy. Twitter has a lot of long term potential if it finds more revenue streams and expands its user base.

I own an Iphone that was given to me as a gift and I prefer to  use Mac os when the dual-boot option came up in my computer labs back at school. I like the designs and the creative advertisements that Apple effectively uses to gain users. I am the first person to jump up in excitement when a picture of a soon to be released apple product is leaked. Even with all my enthusiasm and fanboyish ways, I will never spend my money on an Apple product. I want to bring up one of Apples first commercials:  1984

So a quick reading of this commercial…. Apple is the woman with the war hammer and she is taking down “The Man” . Granted, this commercial was in 1985 and companies change overtime, but Apple has assumed the role of the man in every form. Apple handles its software and hardware. Even when they allow other parties to sit at the table, they are extremely restrictive. I think back to constant battles developers have had with apple over many of their apps in the app store. I’m sure you must have certain standards but Apple went over and beyond with many of their restrictions. This normally happens to underdogs in markets. They become top dog and forget where they came from and what they stood for.

So, if you haven’t guessed it, I’m a Linux user. Linux is who is fighting the man now. For that reason, I will never be #teamapple