Decided to change up the theme for my wordpress. I like the minimalist feel. Enjoy!

I own an Iphone that was given to me as a gift and I prefer to  use Mac os when the dual-boot option came up in my computer labs back at school. I like the designs and the creative advertisements that Apple effectively uses to gain users. I am the first person to jump up in excitement when a picture of a soon to be released apple product is leaked. Even with all my enthusiasm and fanboyish ways, I will never spend my money on an Apple product. I want to bring up one of Apples first commercials:  1984

So a quick reading of this commercial…. Apple is the woman with the war hammer and she is taking down “The Man” . Granted, this commercial was in 1985 and companies change overtime, but Apple has assumed the role of the man in every form. Apple handles its software and hardware. Even when they allow other parties to sit at the table, they are extremely restrictive. I think back to constant battles developers have had with apple over many of their apps in the app store. I’m sure you must have certain standards but Apple went over and beyond with many of their restrictions. This normally happens to underdogs in markets. They become top dog and forget where they came from and what they stood for.

So, if you haven’t guessed it, I’m a Linux user. Linux is who is fighting the man now. For that reason, I will never be #teamapple

During my morning run, I randomly started thinking about the ability of comedians to make people laugh about serious issues. The first person that came to my mind was Chris Rock. He talks about really serious stuff. Here is a clip of one of my favorite stand-up specials Never scared:

In this clip, Chris Rock is talking about a serious issue concerning the over medication of Americans and people are laughing about it. Politicians look for ways to get their electorate to be concerned about issues and the best way is right under their noses; laughter.

People like Jon Stewart and Stephen Colbert have used comedy to bring up political and social issues as well. The Daily Show and the Colbert Report both discuss the days news with a comedic twist. For me, the comedy along with the news allows me to think of the subject in a way that would have never thought about. I would say that comedy definitely does something and has a role in how many people perceive issues.

When I get a chance, I would love to look deeper into the role of comedy and its role in social and political issues. Is it a recent development or has comedy always been an outlet for serious issues. I remember my psychology roommate said that we joke around with the things that we are most afraid of. Maybe that has something to do with it. Thinking back to history classes, I remember a discussion we had about jesters and the role they played in voicing concerns of the kingdom to kings in a monarchy. Wow!! It looks like I have a starting point.

I’ve even thought as far as to come up with a name…”The fifth estate”. The name was rooted in the plan of our forefathers for the branches of government. The first, second and third estate became the executive, legislative and judicial branch. The fourth estate was the press.( iffy…a discussion for a future blog post) So, by naming it the fifth estate, it signifies the role of  comedy in politics.

I hope this is one of my many ideas that actually happens. I think it would good for people to realize comedians help educate citizens. 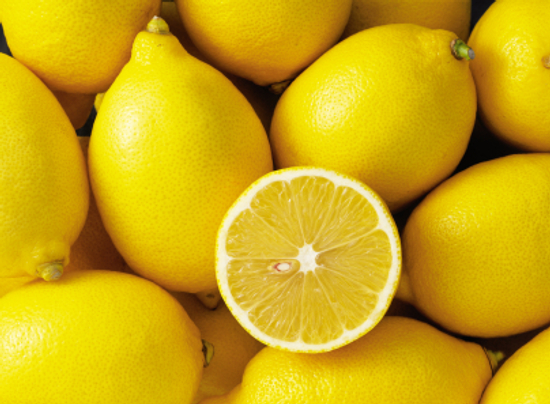 situations you encounter….. When life hands you lemons, make lemonade. I’ve increasingly heard this used for many things that it may or may not apply to.There are a lot of subtle themes in this quote that we fail to realize when we try to apply it to situations. I’m going to bring up three and attempt to unpack them.

1. We are not in control of what life gives us.

Lemons are bad enough that we would want to make them into something else…Lemonade. While lemonade is good, it takes away from us experiencing the lemon for what it is.  Experiences which are thought to be lemons need to be examined as for what it is. I’m all for making good out of what life gives you but it is also important to relish in the bad so you can learn from it.

3. Life may give us lemons, but it is ultimately up to the person to decide what to make of it.

Life can throw different things at you, but it is up to you to figure out how to respond to it.

I thought of a tweak to the quote: ” When life hands you lemons, grab life by the balls and demand apples.”  I wonder what that says?

It’s the first summer I don’t have to look forward to school in the fall. ( I graduated!) I had great plans for the summer which involved an all expense paid trip to South Africa during the World Cup, a great paying job, and an amazing internship…They all fell through…. So now I’m stuck with nothing to do and I figured out instead of moping around, I’d do somethings that I didn’t get a chance to do for one reason or the other. One of those things is to blog continuously about randomness. I plan on blogging on things that I experience and hear about that mean something to me. It could be anything from a song I hear to politics. Who knows? I’m excited and I look forward to reading comments and having discussions about my topics.